Charles E. ‘Moses’ Williams, of Lima, died at 11:54 a.m., Thursday, December 12, 2013. He was born March 19, 1950 to William and Jennie Mae Fisher Williams, both parents preceded him in death.
Moses was the Vice President of the Barbarians in Lima and will always be remembered by his brothers. He was an Army veteran, songwriter, and avid Harley rider. Over the years he had worked as an auto body repairman, raced dirt track, attended several local churches, and made many friends. He did what he could to make the lives of the ones he loved better.
He is survived by his son Denver (Angela) Williams, of Cridersville; daughter Danielle Hadding, of Lima; 2 grandsons Ashtyn Williams and Grant Hadding; 2 step grandchildren Tiffany and Jacob Stillman; and a brother Bill Williams, of Tampa, Florida; he was loved by the many friends who became his family, and he will be greatly missed.
A gathering will be held from 6:00- 8:00 p.m., Tuesday, December 17, at Bayliff and Son Funeral Home, Cridersville.
Memorial contributions may be made to the family. 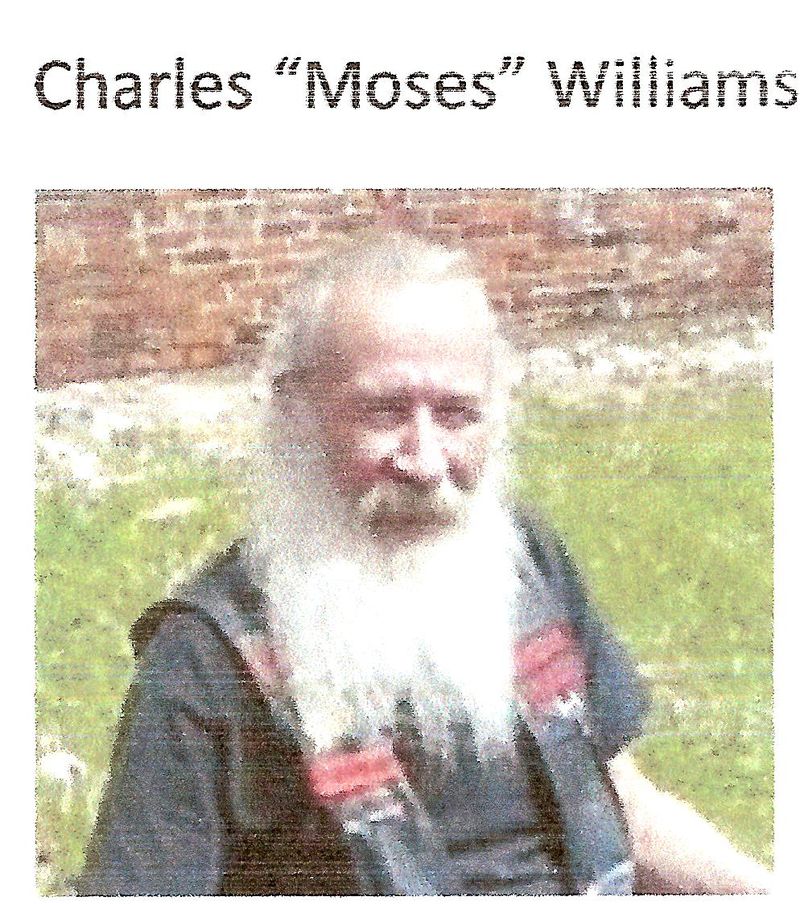 Help tell the story of Charles by contributing to the Life Event Timeline. Upload the photo of an event...